Bookish (and Not So Bookish) Thoughts

Bookish (and Not So Bookish) Thoughts is a weekly blogging event hosted at Bookishly Boisterous, where the idea is to share your thoughts from the past week, things that might not merit their own blog post.

1. Firstly and most importantly: my niece was christened last Sunday, and I had the honour of being named  one of her godparents. I also got to hold her during the ceremony and she behaved like a little angel, except when people sang hymns, to which she protested quite loudly. All of my family members and friends have code names whenever there's need to mention them in the blog, so my niece will be called Peanut from now on – because that's what she looked like on her eight-week sonogram picture! Taking my duties of Aunt very seriously, I have already given Peanut her first two books: my own Finnish edition of The Hobbit and a picture book of Sophie La Girafe. Just thinking about all those wonderful books that Peanut doesn't know yet which I might get to introduce her to, makes me want to skip for joy!

2. I noticed some rather amusing similarities in the book I just finished reading and the one I'm reading right now. They both feature young male protagonists, pirates and an island, and were written by Scottish authors who knew each other. Can you guess the book titles?

3. In addition to reading these Scottish writers, I borrowed a book about W.B. Yeats, one of my favourite poets, and learned lots about the Irish literary revival. Now I hope nobody writes a screenplay about Yeats and Maud Gonne before I do, because there was something about how their personalities and their relationship were described in the book that really got me all inspired. Imagine this: W.B. Yeats, introvert poet and intellectual up to his ears in Irish mythology and lyrical verse, falls head over heels in love with Maud Gonne, who doesn't care a whiff for his affections but draws him irresistibly to the service of the Irish national movement and burns gloriously with the spirit of free Eire all over the place. Now wouldn't that make an interesting story? The literary circles of Yeats' times were bursting with interesting personalities, so you could have people like Oscar Wilde and George Bernard Shaw appear as well...

4. I bought a new journal for the sole reason that it had my favourite Tove Jansson's Moomin illustration on it. I didn't really need another journal, because as you can see from the picture below, I already have a pile of them and so far I have no idea what I'm going to do with this one. It's the one in the middle, blue background with a picture of a floating theatre and Moomins on it.


5. I'm an on/off running enthusiast, and I always need a playlist when I go for a run. My playlist for my latest excursion worked so wonderfully I thought I might share it here:

1. Rihanna – We Found Love
2. Survivor – Eye of the Tiger
3. Katy Perry – Roar
4. Kelly Clarkson – Stronger (What Doesn't Kill You)
5. Adele – Rumour Has It
6. Beyoncé – Schoolin' Life
7. Michael Jackson – Beat It
8. The music from Mulan called "Haircut" where she decides to join the army and gets soldiered up and it's the most awesome combination of scene and music ever!
9. Emeli Sandé – Wonder
10. OneRepublic – Love Runs Out
11. Christina Aguilera – Fighter
12. Mulan soundtrack again – I'll Make A Man Out Of You

6. In addition to discovering Mulan has some of the best running music ever, I found "The Fifty Greatest Pieces of Classical Music" by the London Philharmonic Orchestra. It includes some of my very favourite pieces, such as Tchaikovsky's theme from Swan Lake, Beethoven's Moonlight Sonata, a Spring piece of Vivaldi's Four Seasons, Massenet's Méditation from Thaïs and, oh, a couple of beautiful Mozarts and what not. Even Sibelius' Finlandia is there! I found some new favourites as well: Remo Giazotto's Adagio in G Minor is just full of heart, with a solo violin part that is pure magic and Gabriel Fauré's Pavane flows beautifully. The London Philharmonic Orchestra are truly masters in their art, each rendition is so spirited and expressive and they manage to do complete justice even to the pieces that I'm very picky about how it should be played, such as the Swan Lake theme. My only complaint with this collection is that it should have some more Tchaikovsky and Chopin, but then again I'm always after more Tchaikovsky and Chopin. 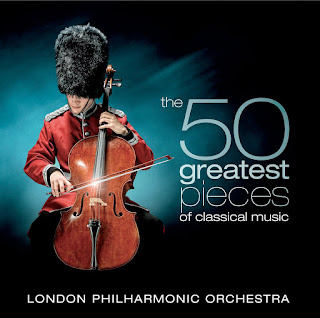 7. What a joy! I finally got my precious books out of the dish cupboard and into something that serves as a proper bookcase! And I got to arrange them according to language and genre and it warms my little bibliophile heart...


Here's what I came up with from last week. Keep having a great week, everyone, and drop by with comments!